· Lift the brandexperience and user experience by new frontend design.
· Follow the existing web functionality, architecture and structure.
· Due to brand history and recognition; use existing colors and logo base.

· Wague sence of a general aligment or grid.
· Lack of hierachy and contrast in typography.
· Experienced hierarchy does not seem not to follow intended hierarchy?
· Too wide columns with resulting in poor readability.
· Boxed and crammed design with surrounding ”no-mans-land”.
· Experienced hierarchy seems not to follow intended hierarchy?
· The modules seem developed along the way. Leeds to…
· Inconsequent graphical experience and thereby a poorer UX 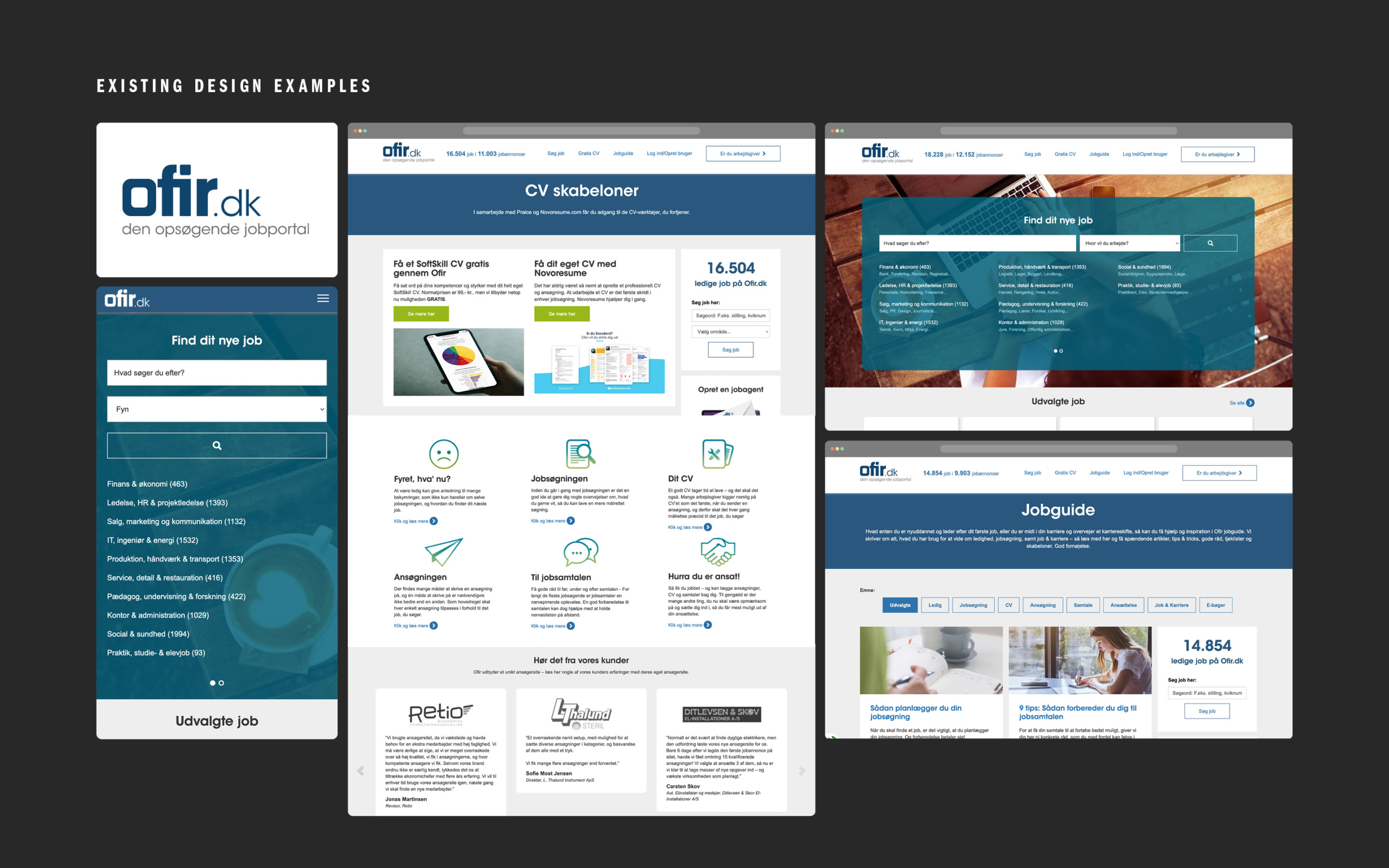 · Brand status: Well established and widely recognized in Denmark.
· 24 years of experience and know-how. The serious and formal way.
· Both municipal and private jobs.
· Supervisor and guide – ”on your side”.
· The experts are at Ofir. Simplicity and availability.
· Crucial content and offers for both employer and employee.
· The corporate goes hand in hand with the human.
· The obvious job search and recruitment tool.

The redesign of Ofir’s website was made parallel to the above identity choices. The site structure and achitecture stayed the same, with only few modifications. 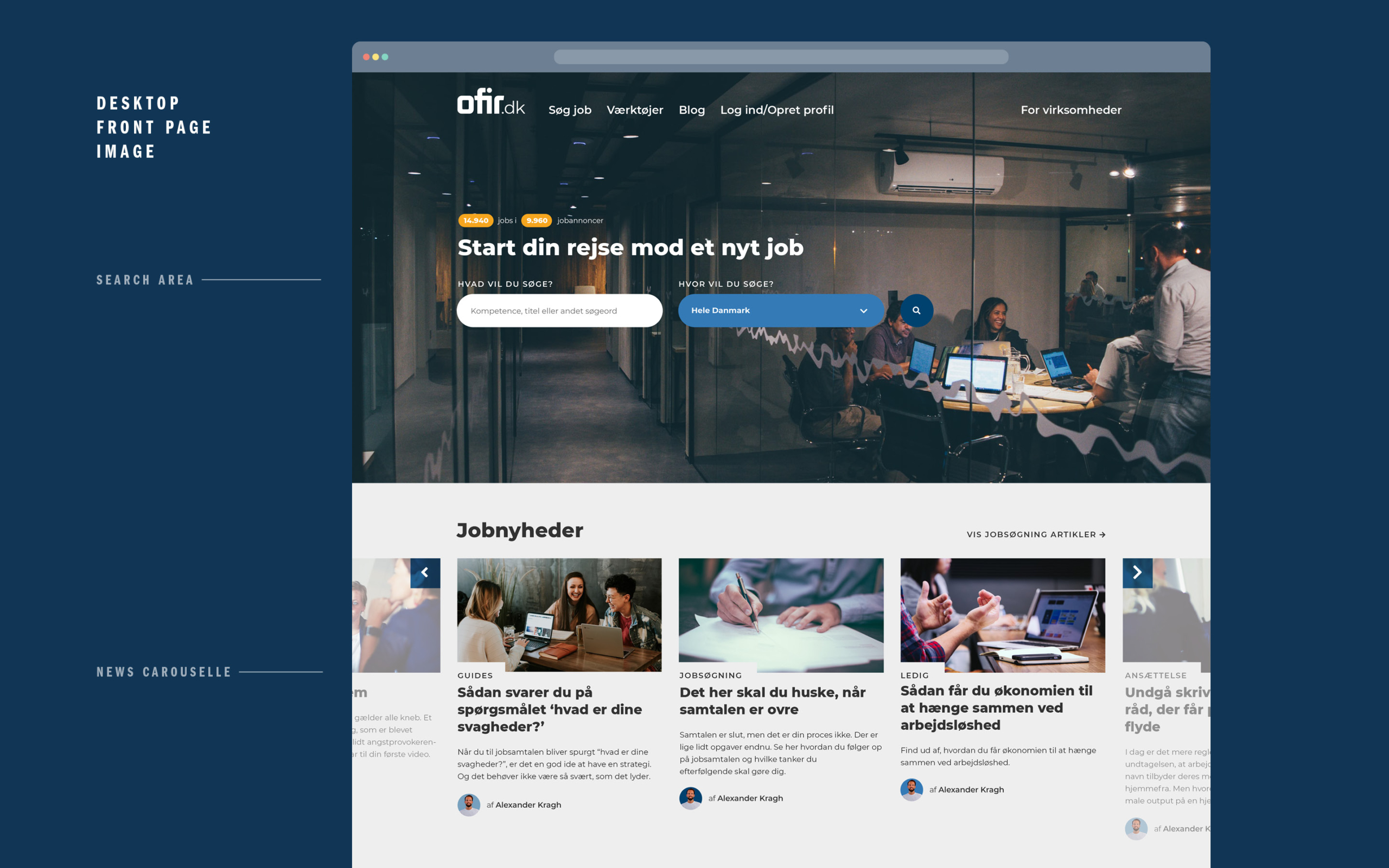 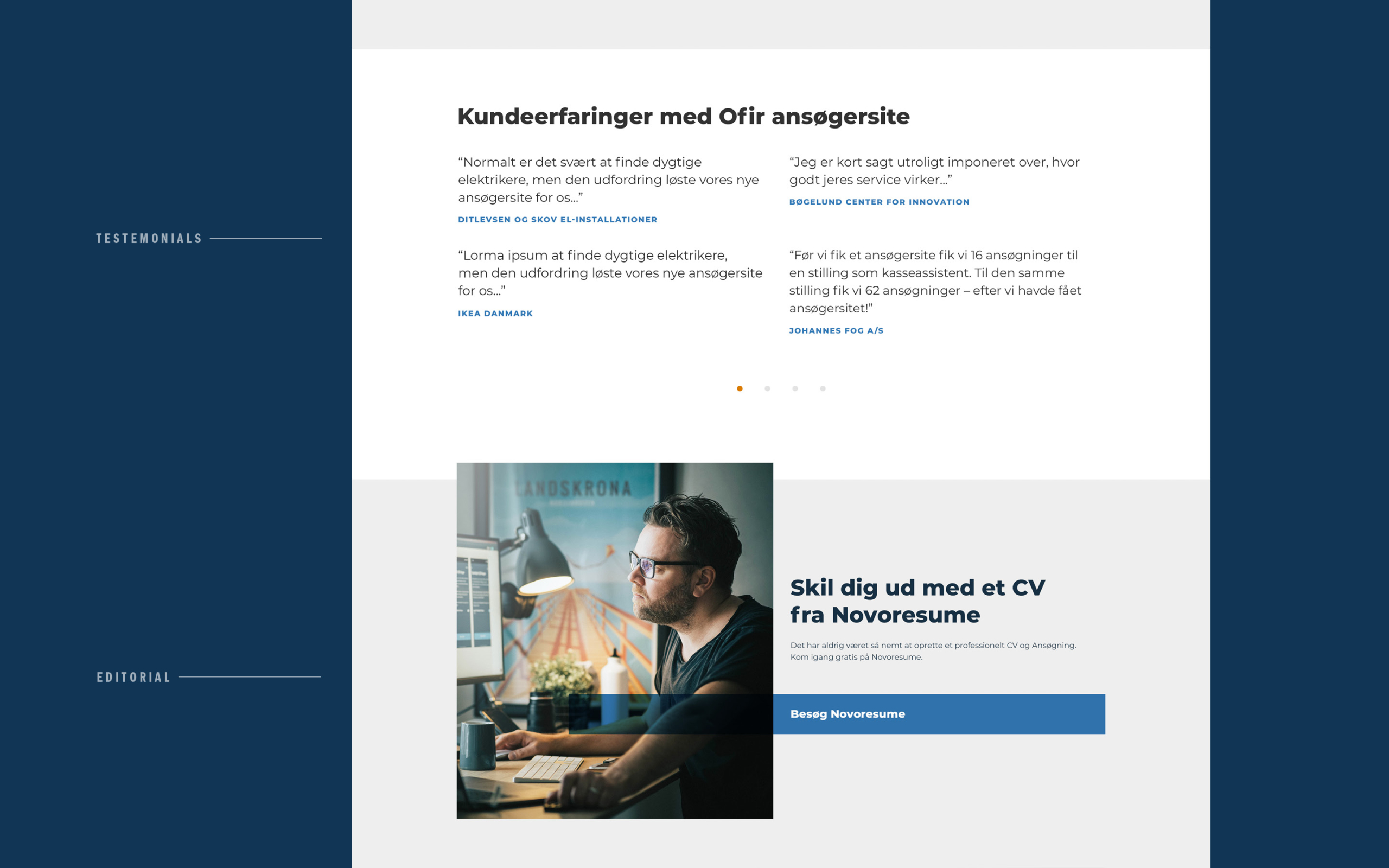 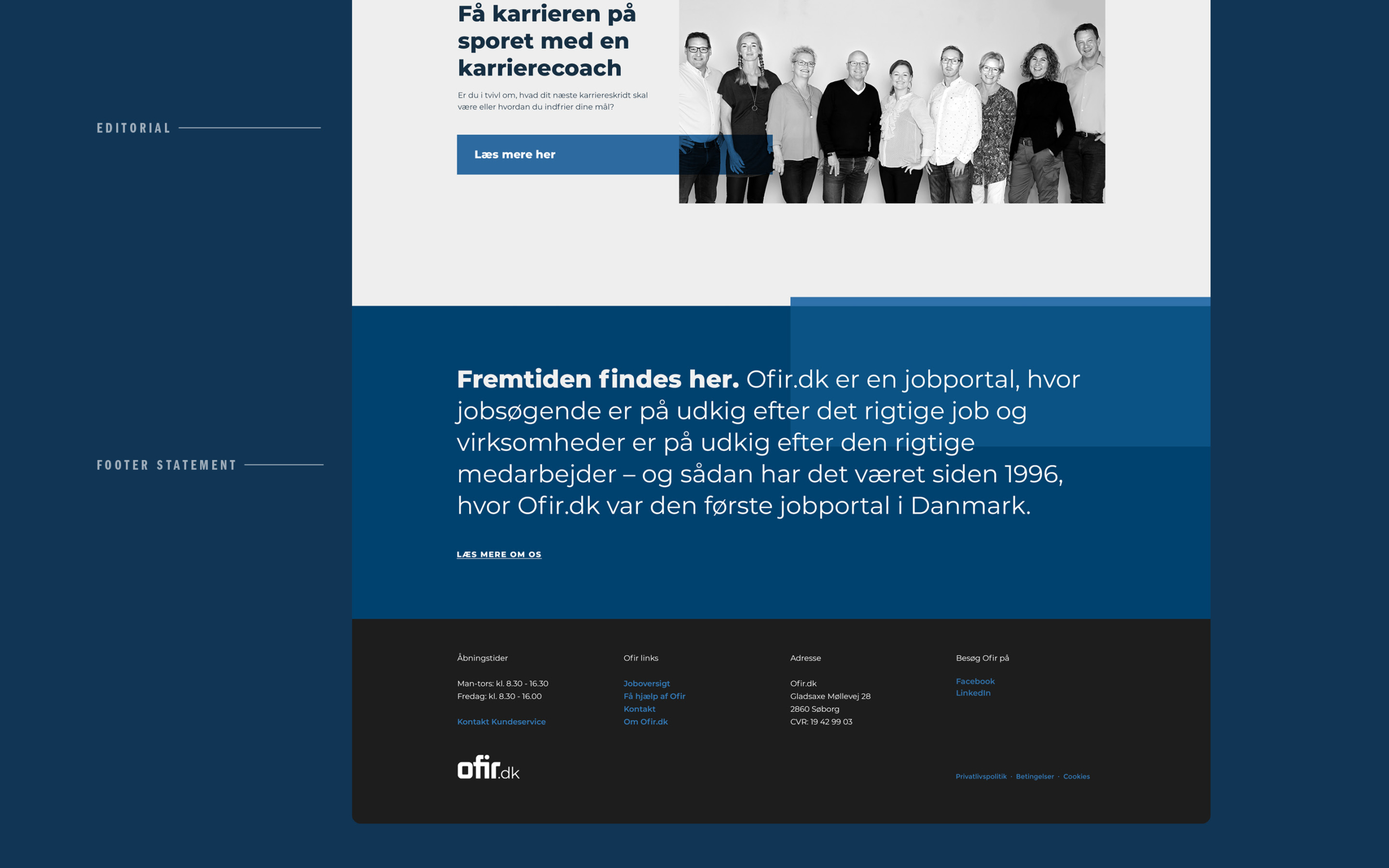 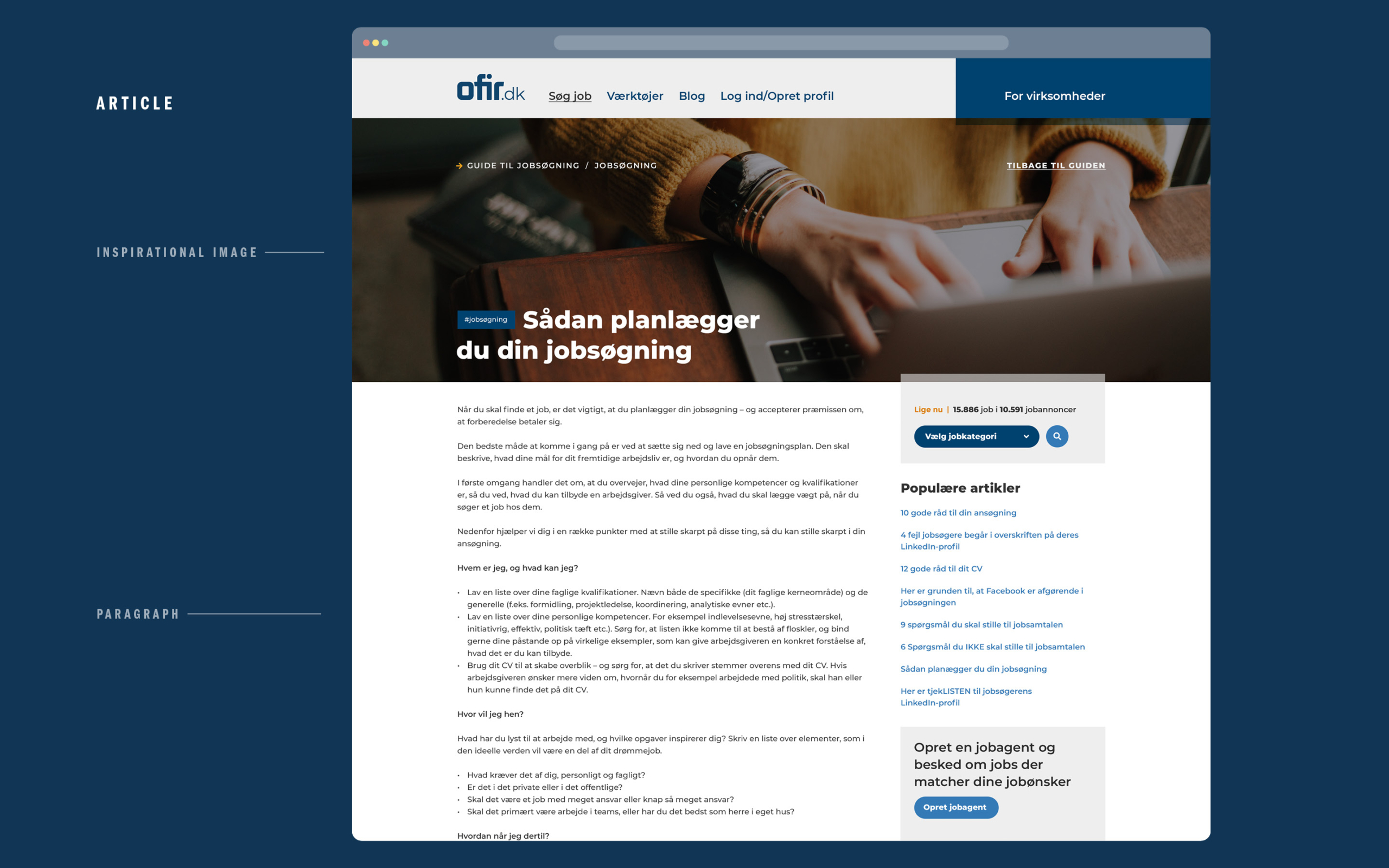 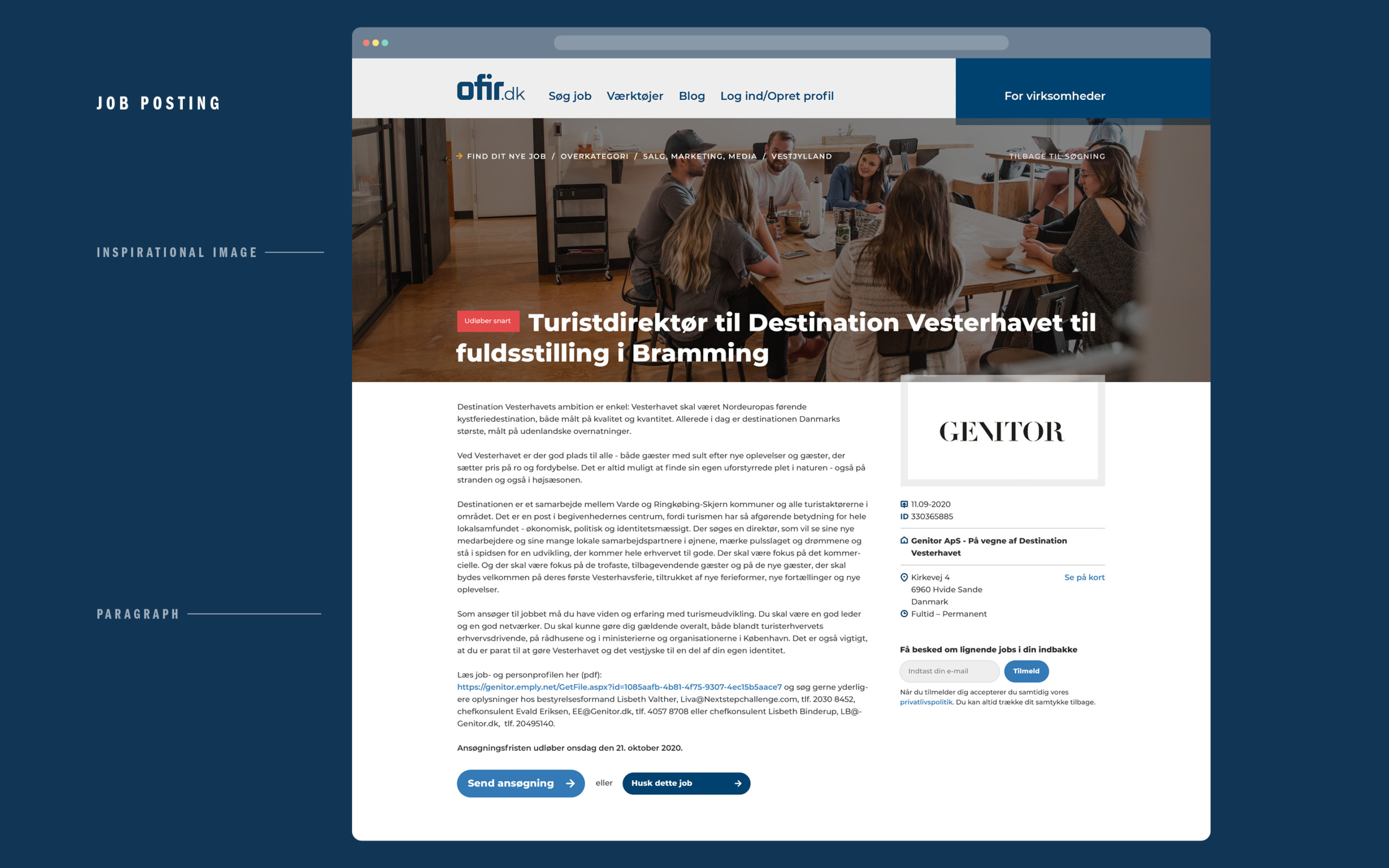 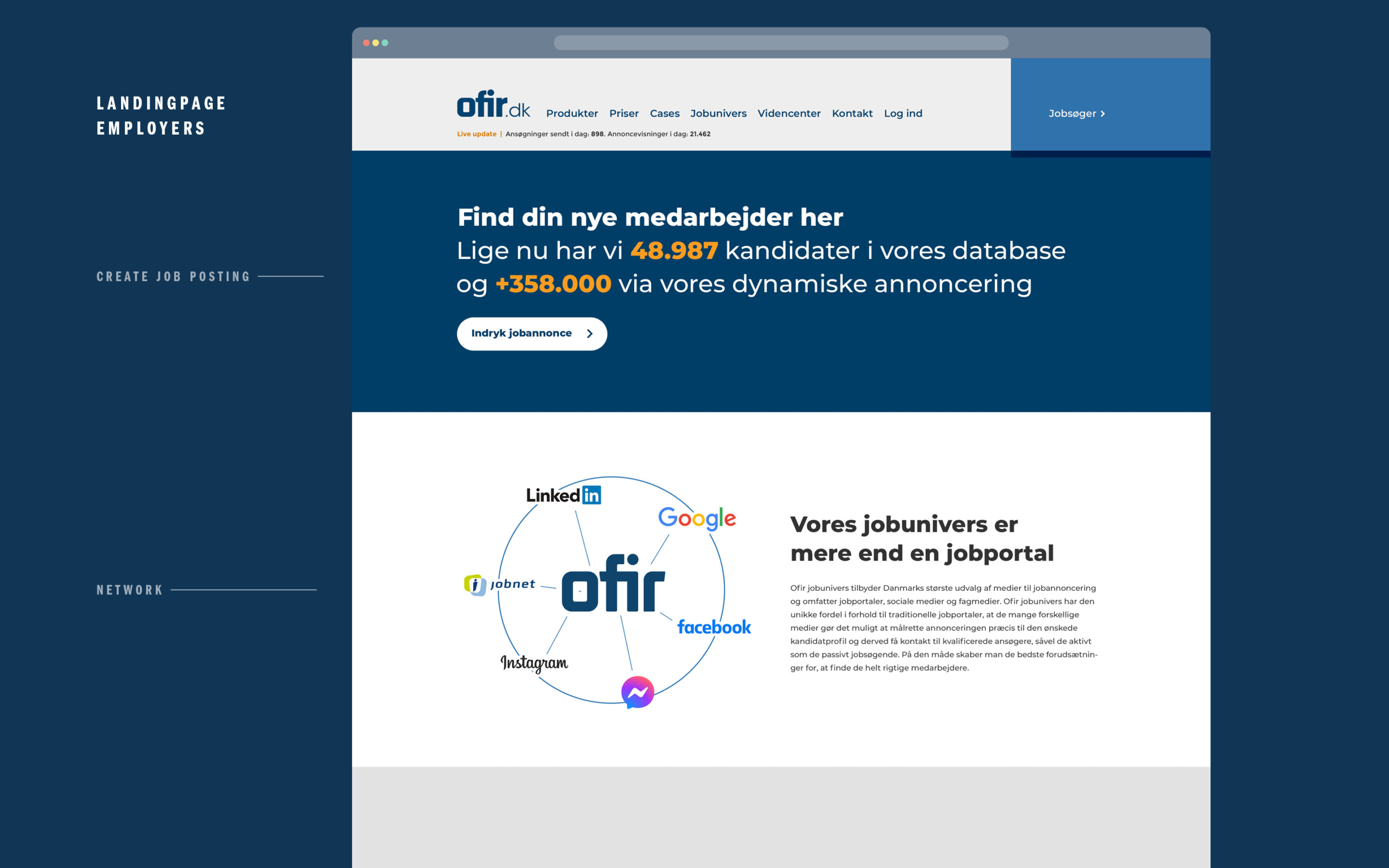 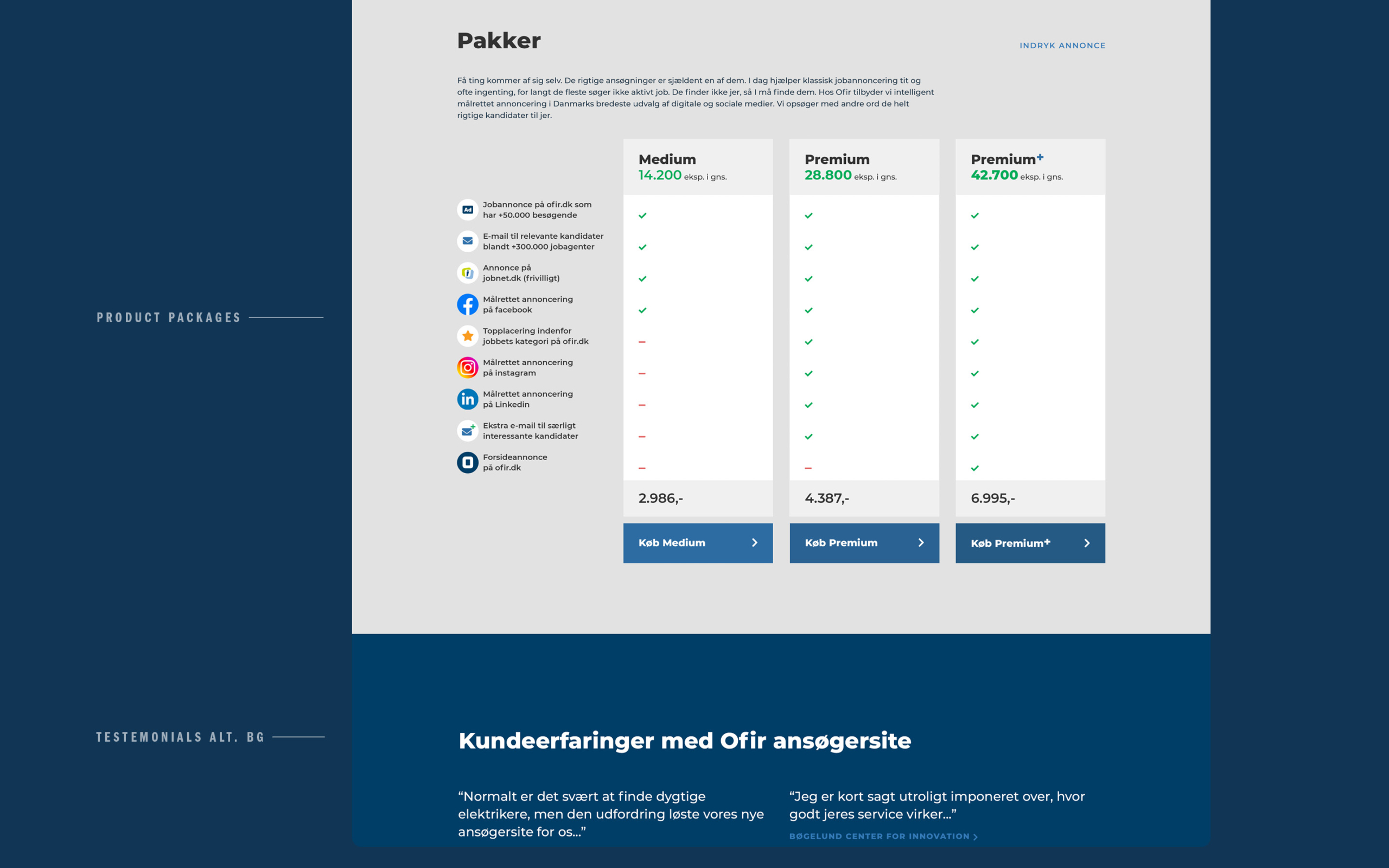 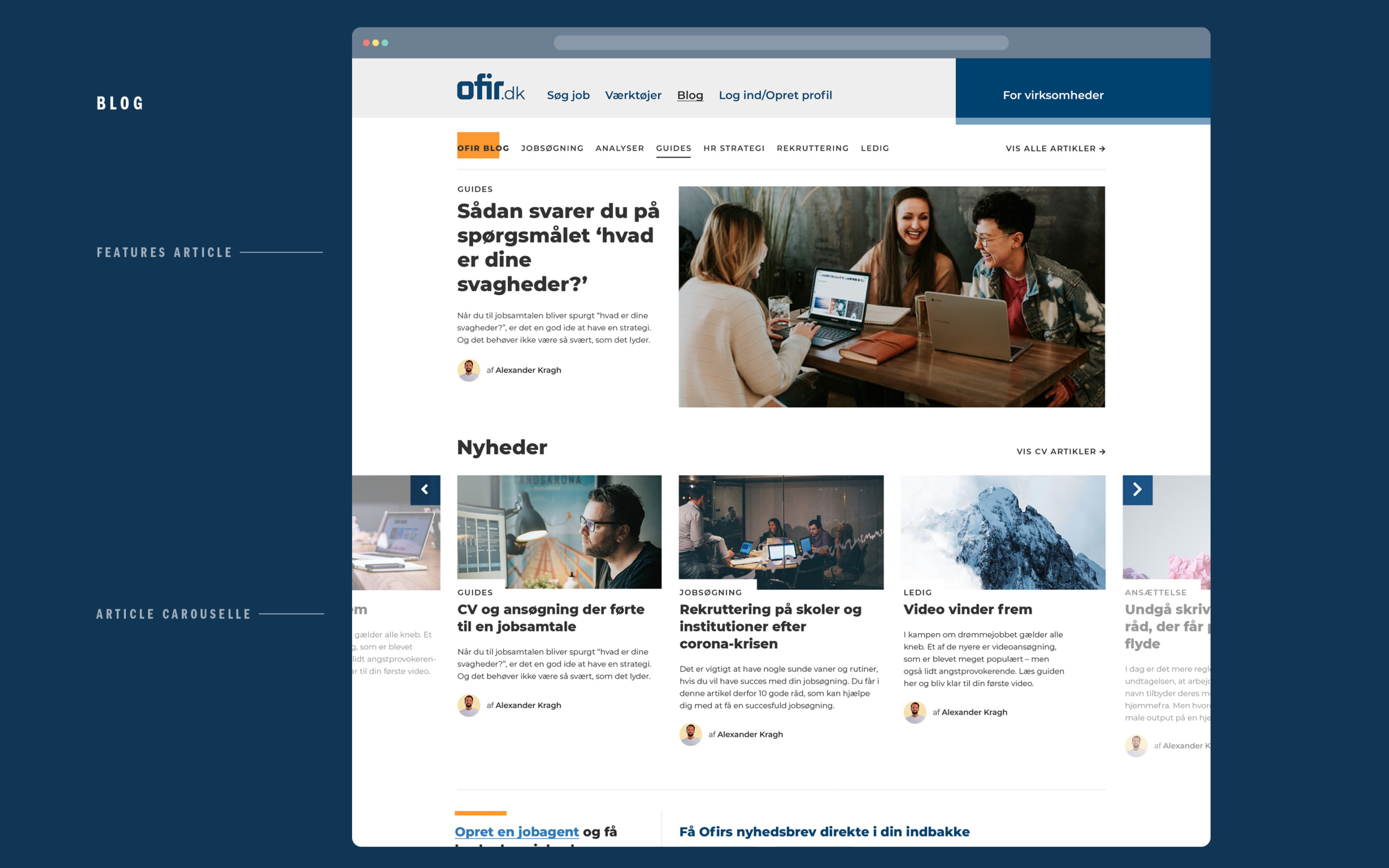 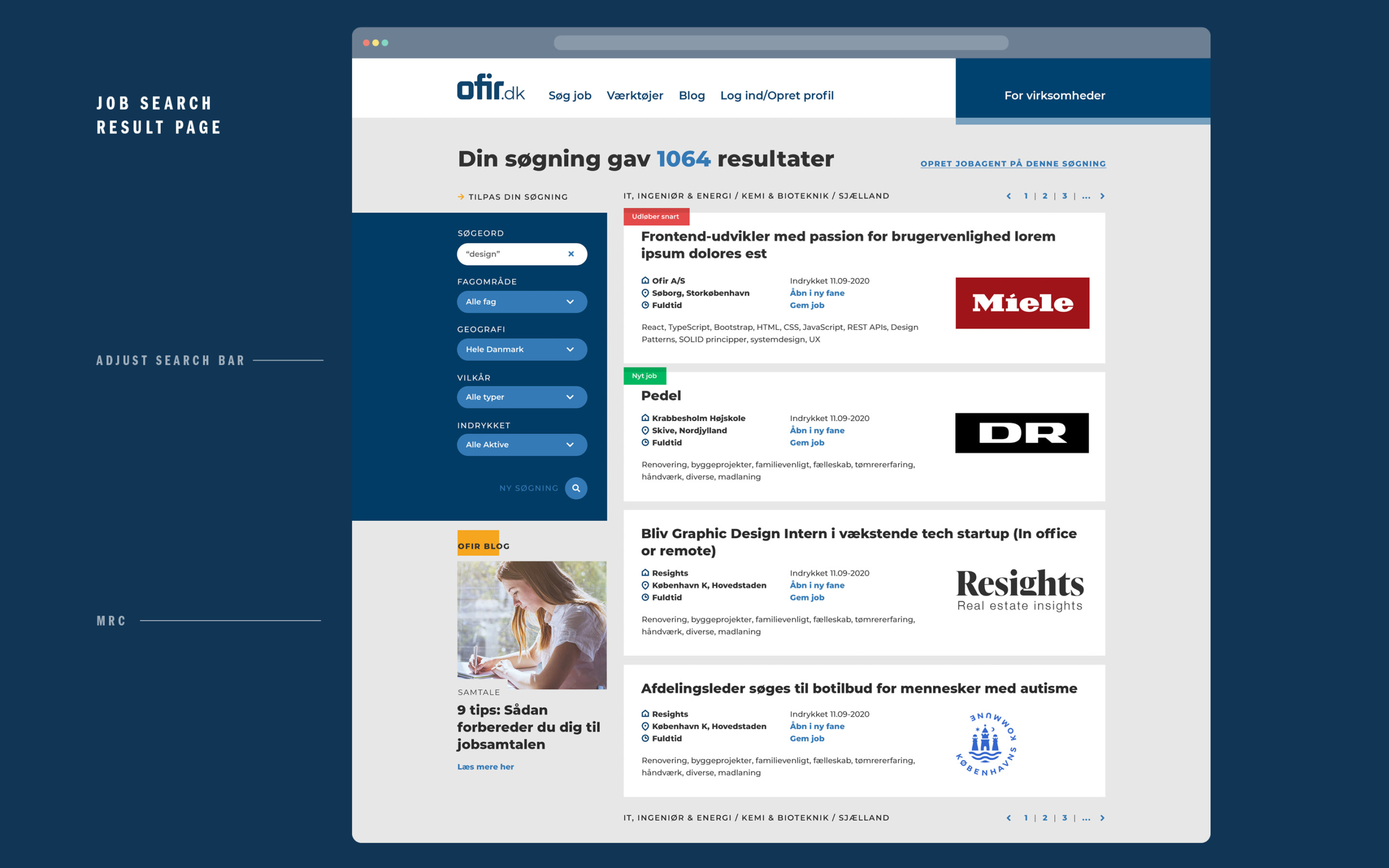 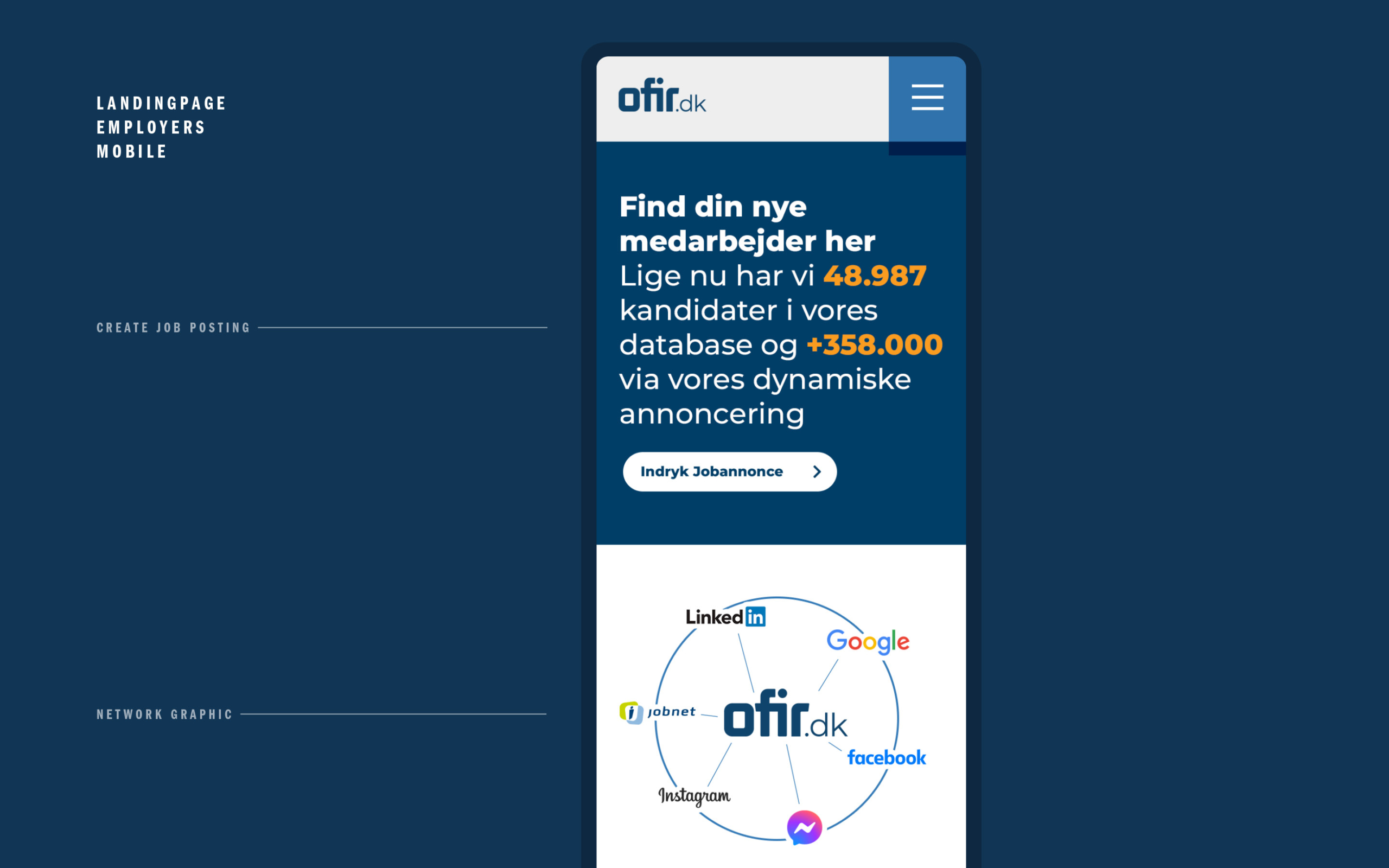 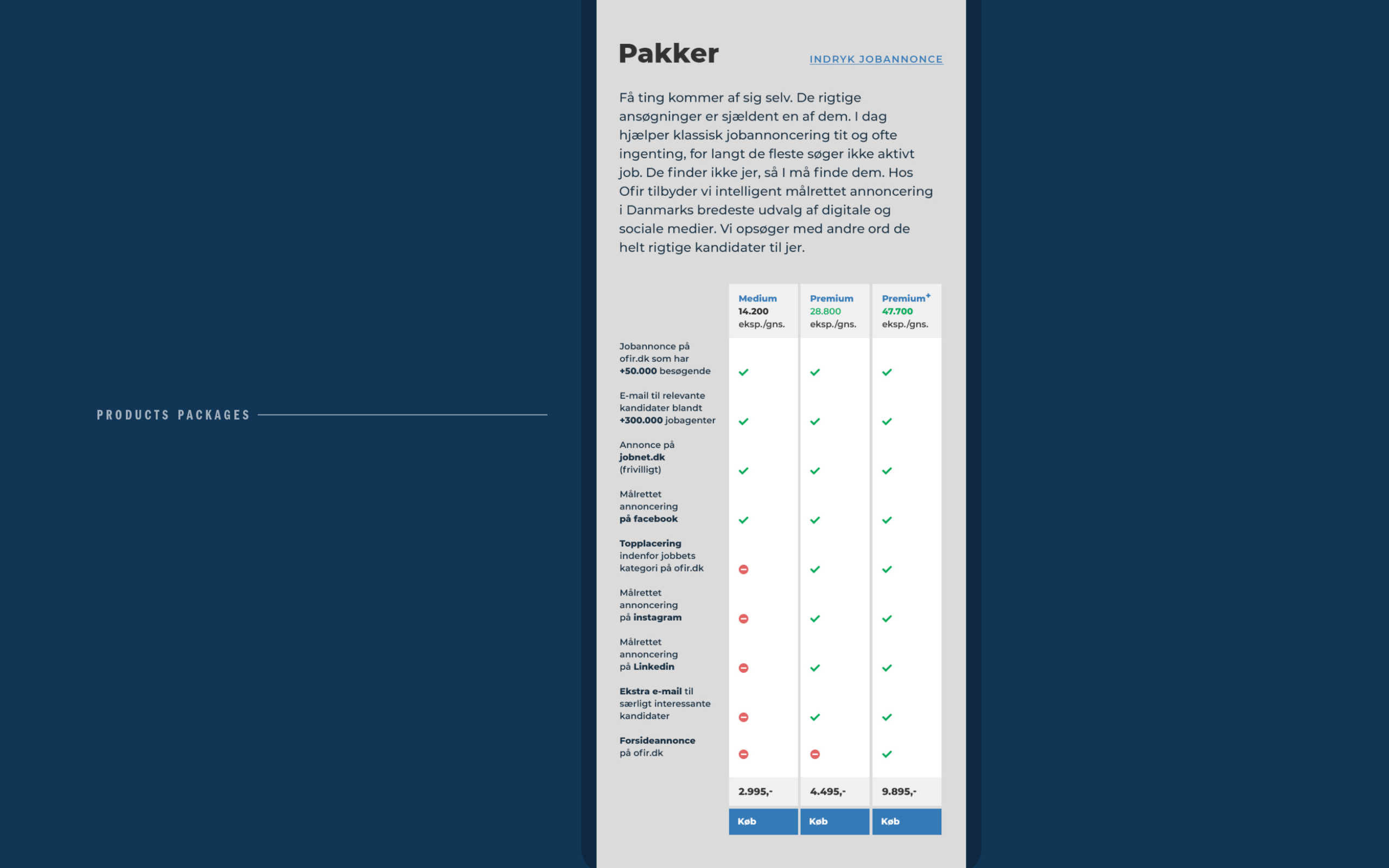 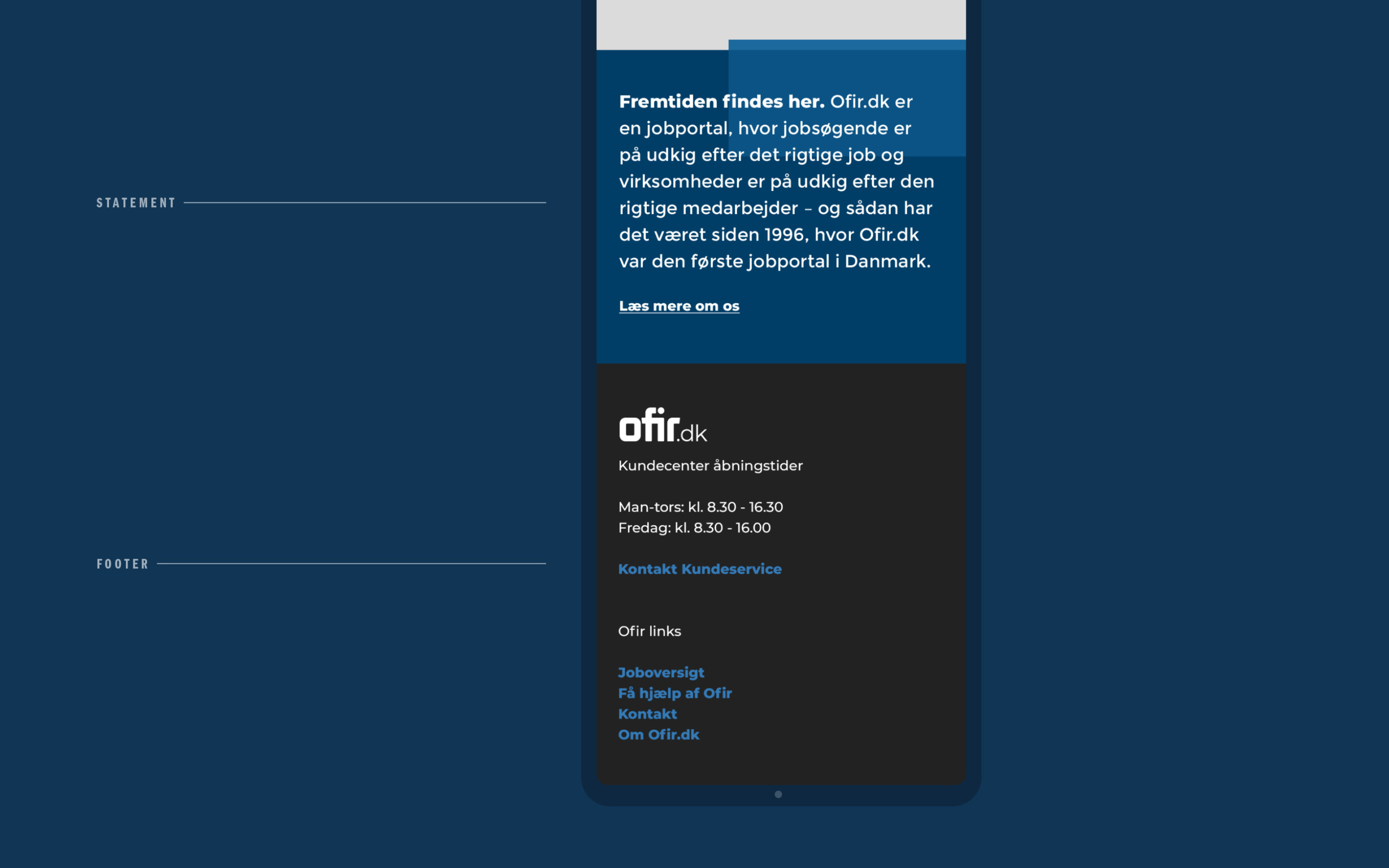 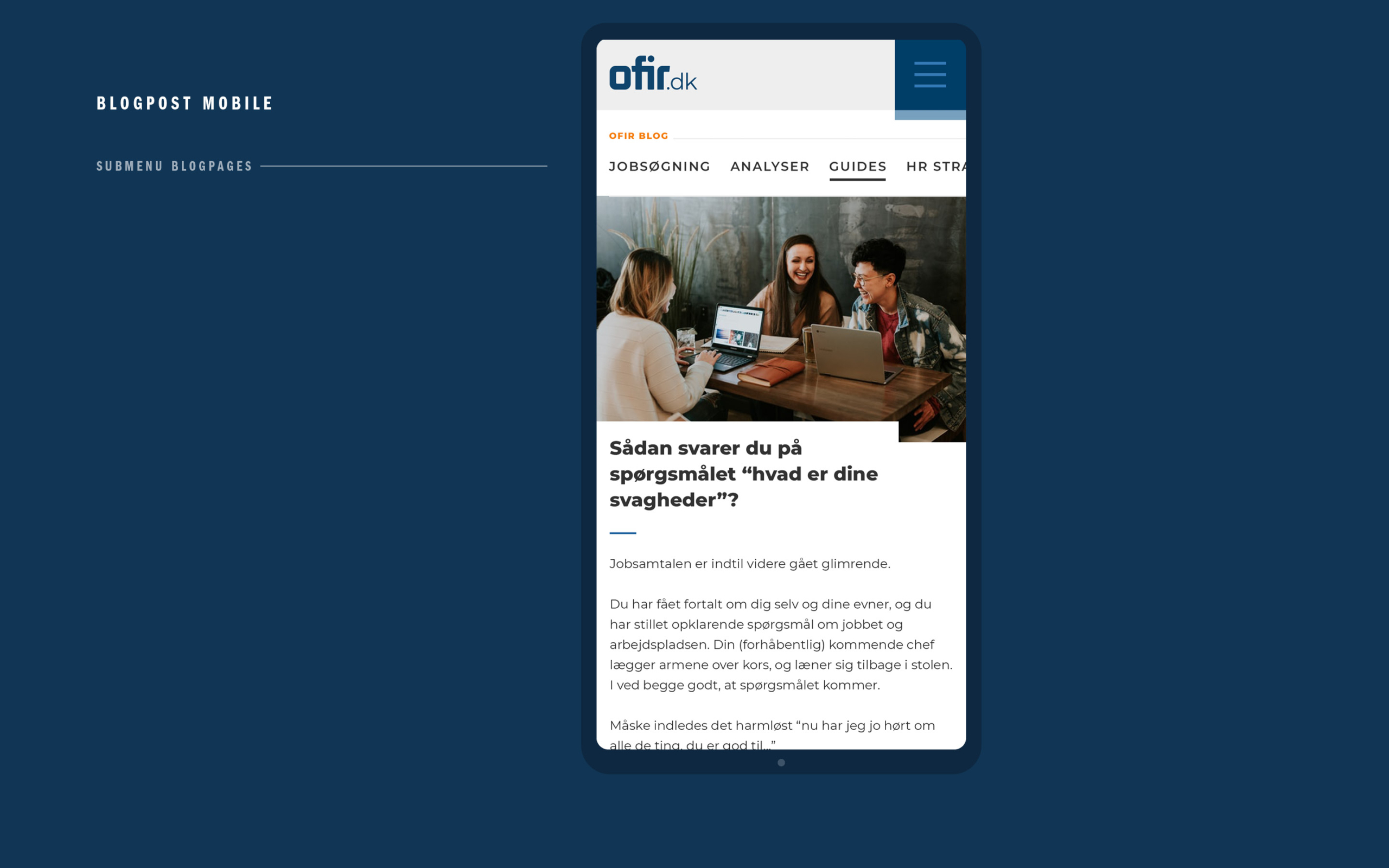 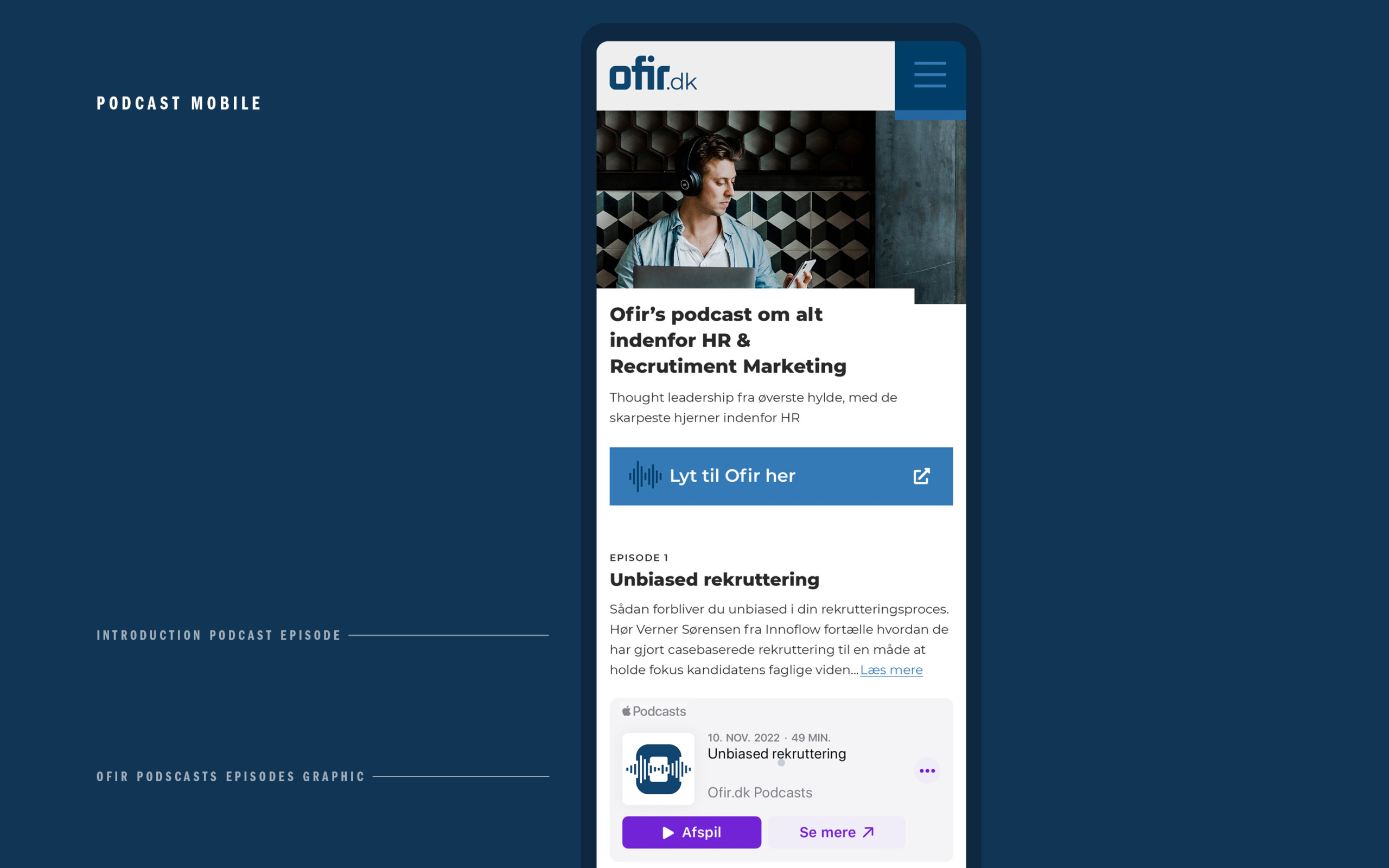 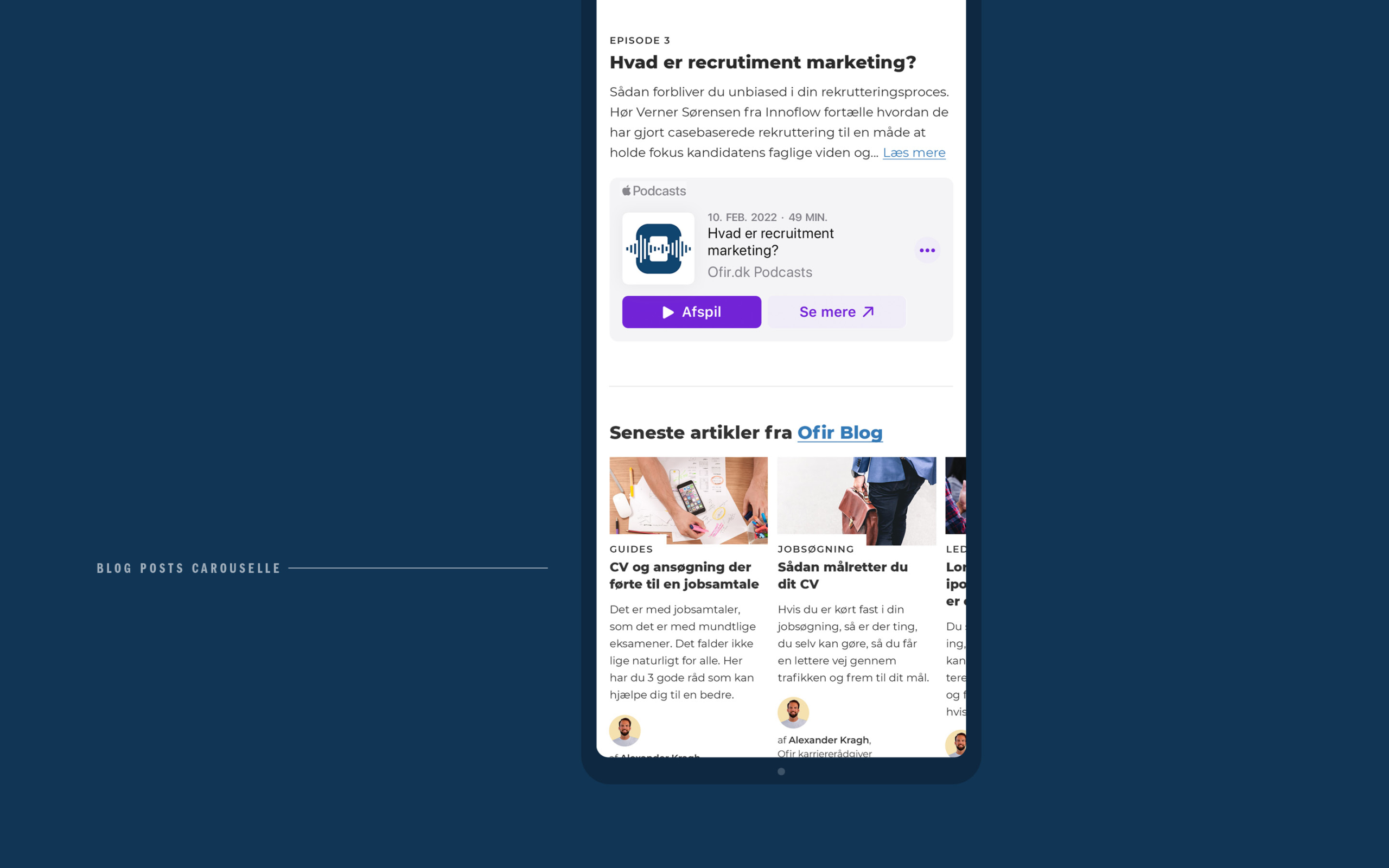 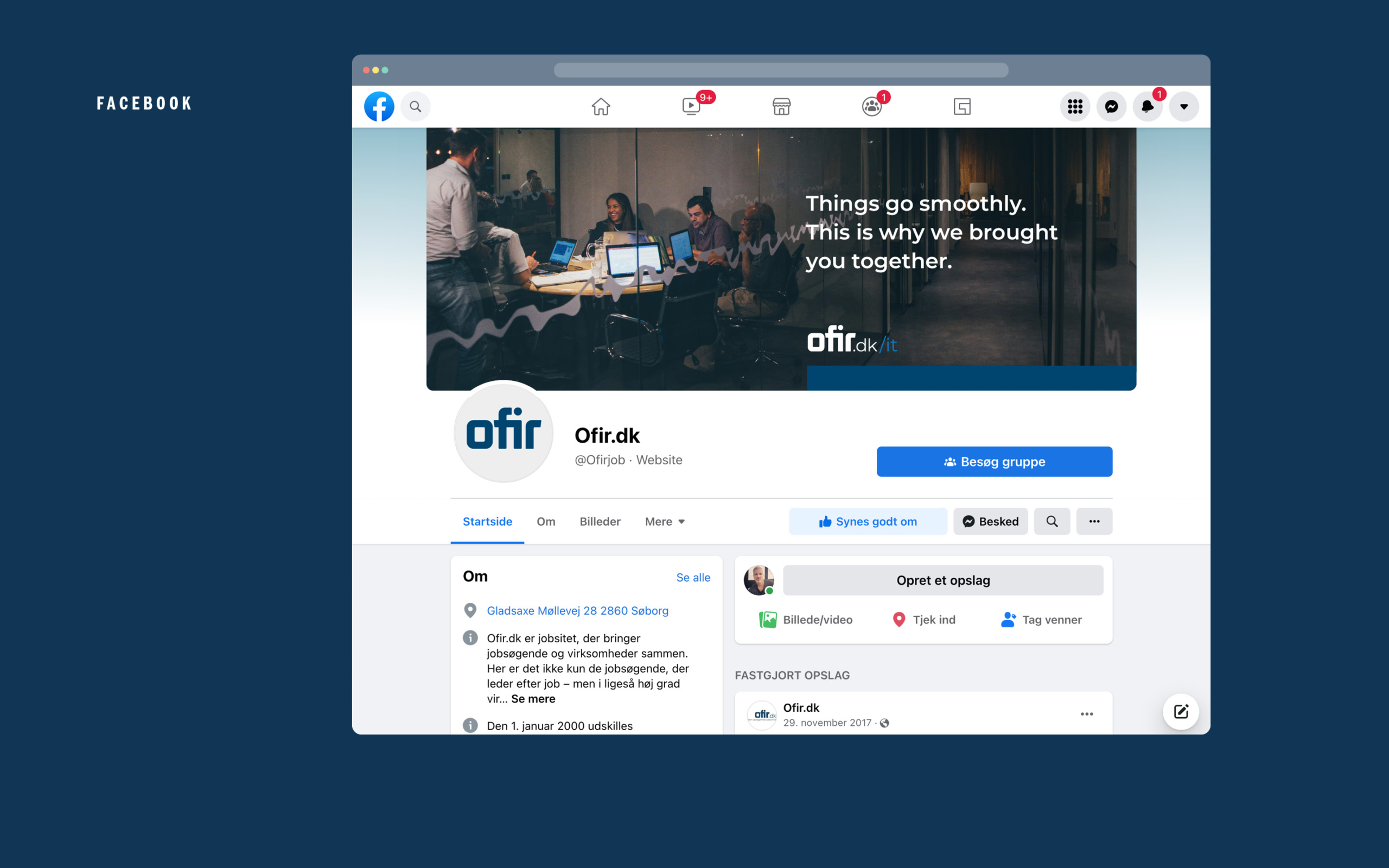